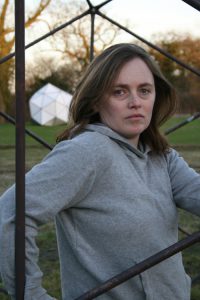 Throughout my art practice and study, I have felt an understanding and strong connection with the Minimalist artists of the 1960’s and 70’s.  In terms of placing my work within the context of current art practice, I  share the Minimalist’s reductive approach to art in that the work is stripped down to its most fundamental features.  I agree with Ad Reinhardt’s statement that ‘less is more’ and the need to communicate the purity of a message in its essence.

I feel that a work can only be realised fully through the stripping away of clutter to reach the transparency, directness and essence of the original concept.  I must fully explore an idea until I feel that I have arrived at its point of purity; penetrated beyond the initial superficial ideas or premature solutions and arrived at a point of depth and clarity which is found in the creativity of the subconscious.  In dealing with wholes rather than parts, purity of meaning rather than dilution, the works evolve, achieving a final position that is relative to the intended objective.

However, unlike the Minimalist’s, my work could not be interpreted as a reaction to Abstract Expressionism or the act of self-disclosure upon the canvas.  Although I walk a similar and perhaps parallel path, my goals are different.

The developement of my work is informed by my interest in the non-tangible nature of light, its ability to become part of an ambience or atmosphere, to transform into a physical presence.  I manipulate light within a controlled environment in order to build the enigmatic, mysterious and playful, sculpting light to take the viewer on a sensory journey through the complexities of perception, which translate into a gateway for the imagination.

The phenomena of light can produce a vibrant sensory experience or an inescapable moment in time.  I invite the viewer to utilize both physical senses and emotional feeling to connect, participate and interact with the formal, phenomenal and referential characteristics of light within a confined space.  The viewer activates the work in a highly unique, personal and subjective way, drawing attention to the deep connection between human experience and response.

I work in 2D and 3D, including the building of large scale works that enable the viewer total immersion within the space so that they become a unique part of the environment of the installation. 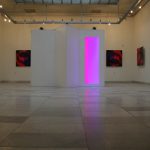 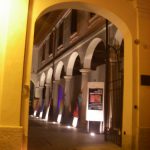 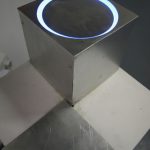 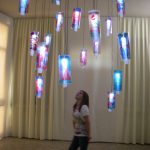 Mapp, Mapp Arca Onlus, Milan, Italy 2007 working with the patients of the Mapp Hospital for the reabilatation of physical and mental disease. 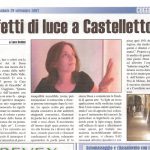