The final Art Work was a success as it achieved its goal of having an impact on the community.  People from the community still go down to the sculpture to see there face, and also can recognise other peoples faces from the community on the works. Other organisations have also visited the final works, the work has received excellent feed back from other authorities interested in community work I feel the project has become a bench mark for future projects to aspire to as it truly demonstrates what can be achieved.  This project has also led on to a further extension to the commission where further faces will be constructed through workshops to extend the work due to the community wanting to become further involved. 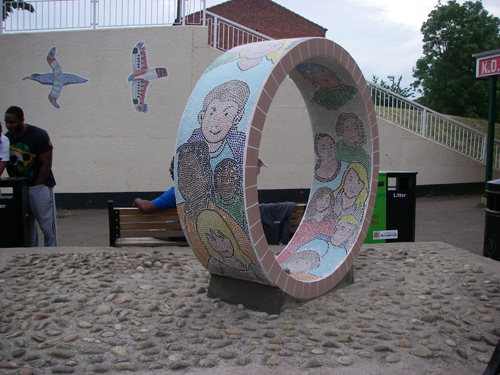